I waited for Ali to start working on her album as to be honest, I was feeling overwhelmed by all the supplies I had and the photos I took and wasn’t too sure on how to brief myself. You can read Ali’s post here.

I think getting started with the Title and Reason why made perfect sense to me and somehow brought clarity to the project. It quickly allowed me to focus on why I wanted to do this and what I also wanted to get out of it. 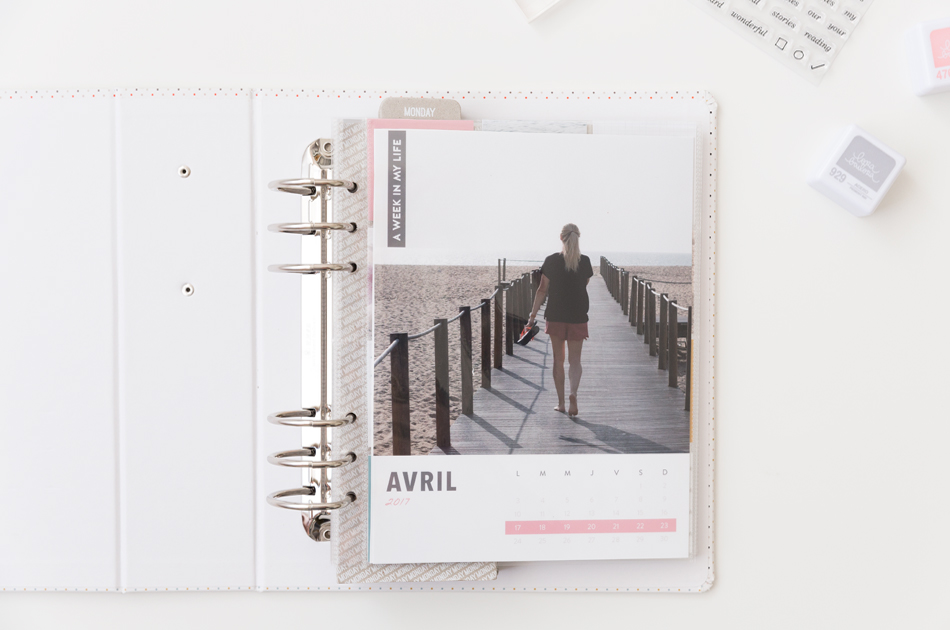 For the first page, I sketched out a few layouts and opted for a calendar style page. I didn’t take lots of photos of myself during that week so I thought at least let’s put that one in and I won’t feel guilty for not showing my face later on in the other spreads 🙂 Although, when I technically think about it, I don’t show my face here either!

I’m hoping that I can re-use the calendar layout for the next years to come and even maybe have a similar photo style too. That would also make the process simpler and easier.

While doing this, I got a little clearer on why I did this project and the main thing is that I want to feel grateful for the little things that we sometimes take for granted. That’s all my blabla summed up for the Reason Why page. 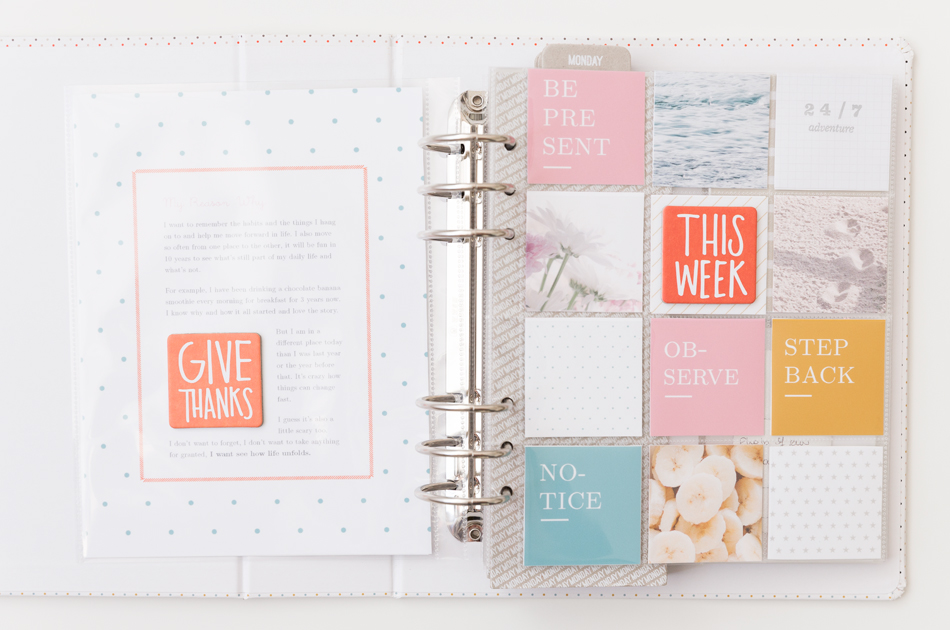 As it’s the beginning of the album, I decided to remember how I felt at the beginning of last week and tried to visually express what was going on in my mind. The best way I found was to enhance in verbs what were my expectations and what I was telling myself at that time. I also thought it’d be fun to make a spread with small zoomed in crops of some of the photos I took to make a sort of trailer, like a taster of what’s going to be in the next pages of this album. 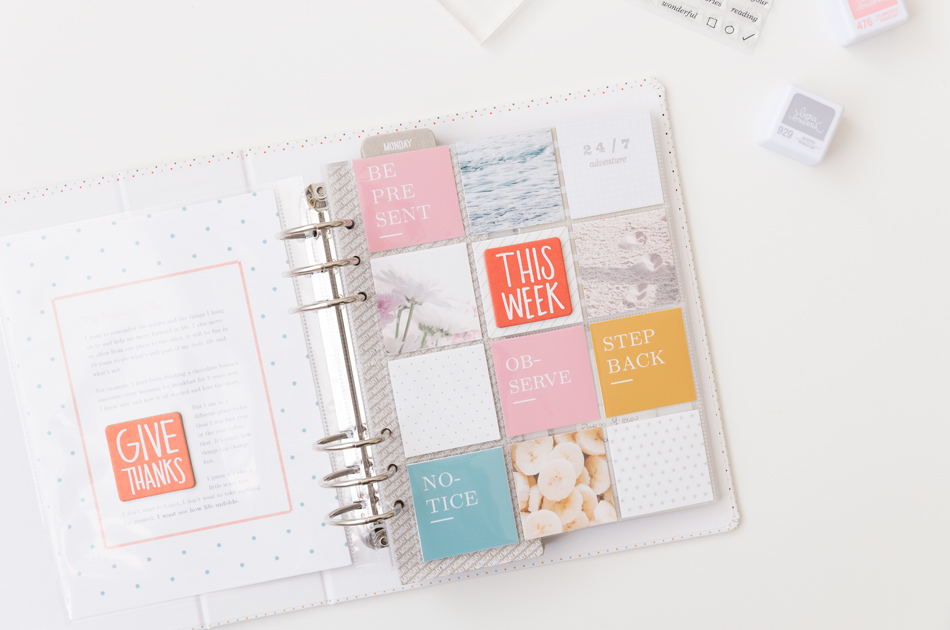 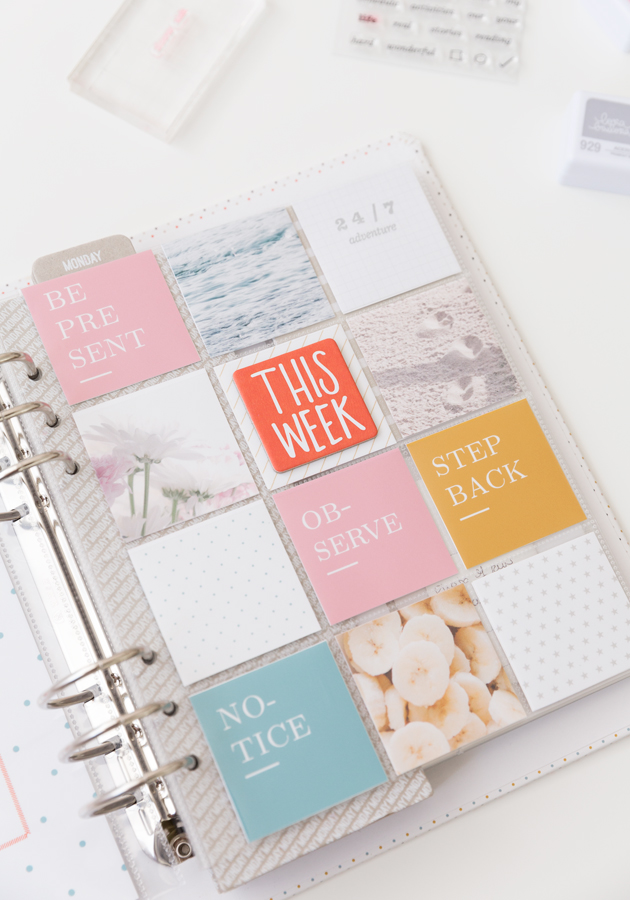 I’m really in love with the colour palette for this project, I saved it as a swatch palette as I’m working on InDesign so I can replicate and reuse the colours, which brings more consistency to the layouts too. 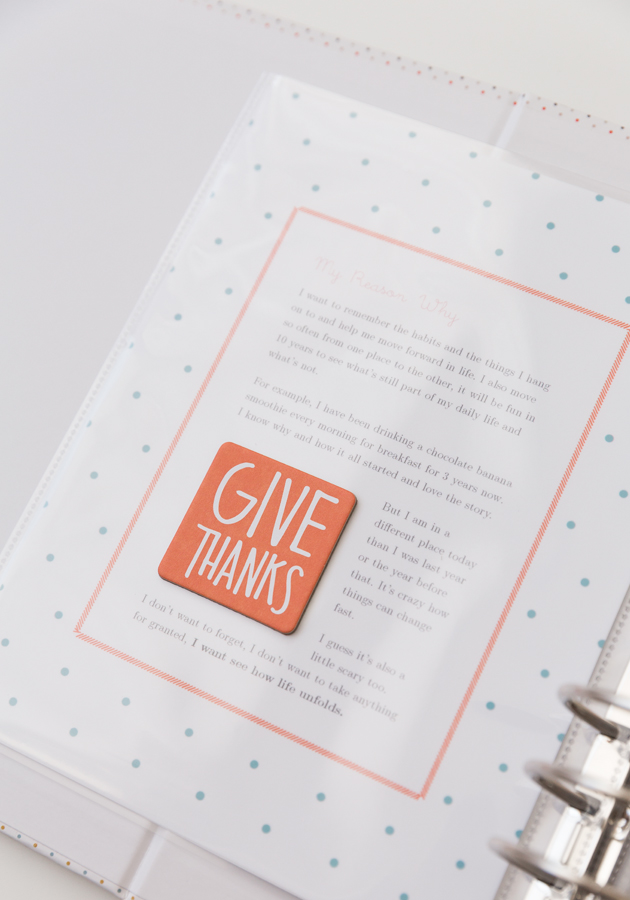 I love those chipboard pieces. I stick them on the pocket page, not on the paper. Then when I look at the spreads I feel like a child who can touch and feel the different textures. (Never grow up!) 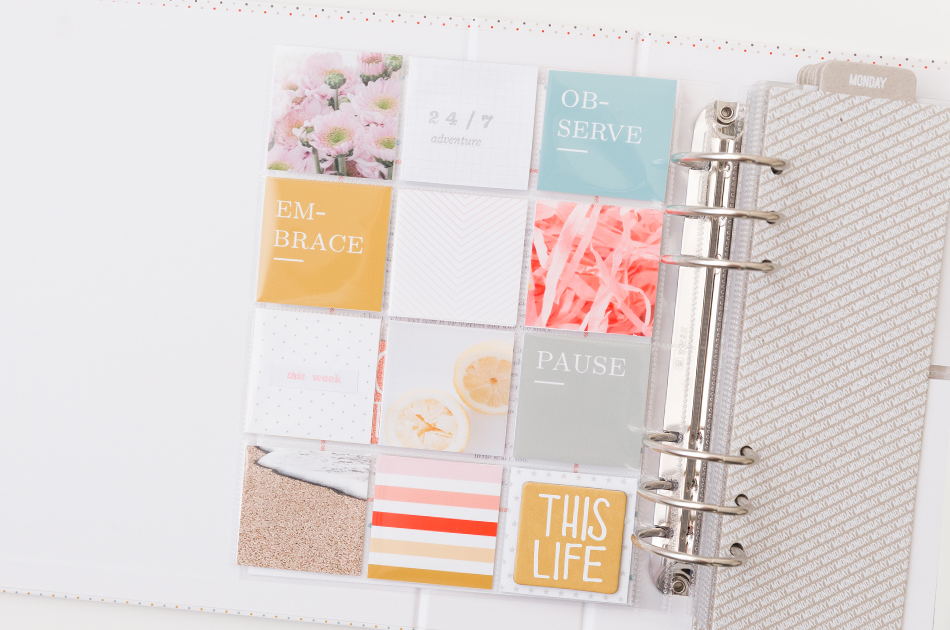 That’s it for this spread, I am hoping to be able to work on the Monday before the end of this week, and maybe figure out a thread that would connect visually all days together. Just need to sleep on it!

Thank you for reading!

Welcome to my paper bubble!
I'm Lucie and here I share my illustration and design practice and of course my love for memory keeping.

You can toggle right click protection within Theme Options and customize this message as well.

You can also add shortcodes here.